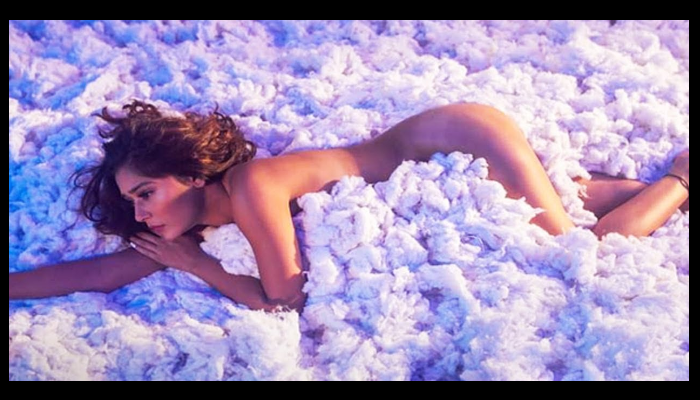 She has been TV for long and is known for her stint in Bigg Boss as well.

The actor made her television career in Star Plus show Sapna Babul Ka…Bidaai as the demure Sadhna but she is otherwise known for her sexy persona. She was earlier married to actor Ali Merchant who she got engaged while the two were still in Bigg Boss but afterward, the two parted ways.

Now Sara Khan has turned singer with the song ‘Blackheart’ and her comments on Burqa and burqa angered the Muslim community. After death threats started coming her way, she apologized and said:

Apologies to all the Muslims for what I said I don’t know what was I thinking. Extremely sorry.

A certain video has gone viral where I am seen commenting on Islam and burqa. I didn’t mean it in that way. My way of saying it and the usage of words were wrong… I am nobody and speak against any religion. I would like to apologize to all the Muslims, who were hurt because of me.

Recently, Sara Khan was seen addressing the media with Rakhi Sawant, Sara Khan at that time had said that:

“Just because in Muslim community it is said that girls should be in purdah, why don’t they say that Muslim men should cover their eyes?”

When Hina Khan was trolled for not being Muslim enough!

Further, she had said that she is a Muslim too but ‘I have a complaint against those people who keep speaking about wearing the burqa (full body veil). Shame on them as to why are they seeing that thing (nudity).’

Sara had also asked why should we (the women )be in purdah?

Her comments angered the community following which she apologized.

Will the controversy now die down with the apology from Sara Khan?

We are not sure! But the babe is one headstrong girl and will emerge stronger: