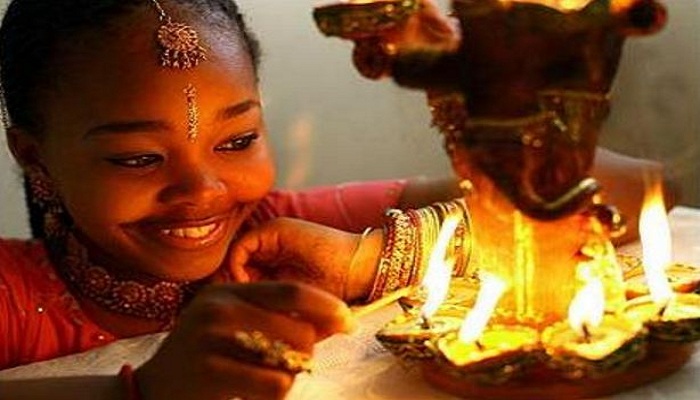 Hinduphobia is rising in different parts of the world. Dawie Kriel a Durban man ranted against Hindus for using firecrackers during Diwali festival in an epic rant that has the Hindu community angry.

In his comments, laced with religious undertones, he called the Hindus ‘idol worshippers’ and ‘devil disciples.’

He also said that the Hindus should go back to ‘dark hole in the backwoods of India’ and that he would ‘derive pleasure in watching your face turn blue and your tongue pop out.’

His racist and threatening language against the Hindus went viral on Facebook and he has since then deactivated the account after posting an apology. Nevertheless, the Hindu community has decided to approach the human rights commission. South Africa has a small Hindu population.

Diwali is targeted across the world and such attacks are common. However, during the New Year as well as the Guy Fawkes
days many loads of firecrackers are burst and yet no one bats an eyelid. Seems crackers pollute and disturb only during Diwali while during the rest of the year, all they do is create happiness.

Racist outbursts will be severely punished. That was the message from the African National Congress in KwaZulu-Natal following many social media posts denigrating the Hindu community’s celebration of Hindu festival Diwali.

ANC condemned such racist posts and said that: “Vulgar and offensive language hark back to the crude apartheid past and undermines the hard work in building social cohesion in our country.”

You May Also Like To Read The Other Cases of Hinduphobia: