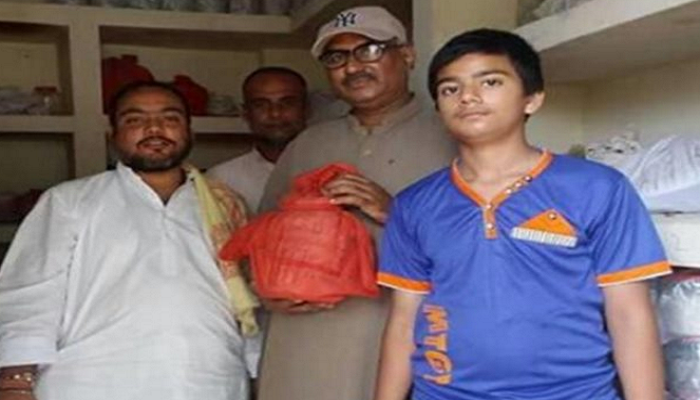 The last wish of any Hindu is to seek salvation and get the ashes immersed in Holy River Ganga (Haridwar). Mahant of the Shri Panch Mukhi Hanuman Mandir, Karachi, Ramnath Mishra, and his 14-year old Nephew Kabir Kumar have come to India to fulfil this last wish of 160 Hindus.

In 2011 as well, the Mahant had bought the 135 urns filled with the ashes of the Hindus to India.

Mahant arrived in India on Thursday.

40 more urns more were to be brought yet due to visa troubles that could not be done. Many Pak Hindus have complained that the Indian Visa is hard to procure and sometimes it takes months.

Times of India has informed that the Mahant is also the president of Hindu Cremation Ground Association and is also a co-ordinator of Inter-Religious Peace Alliance.
Ten people had applied for visas but only the Mahanr and his nephew were granted, the Times of India report said.

Pakistan: Where even dead bodies have religion