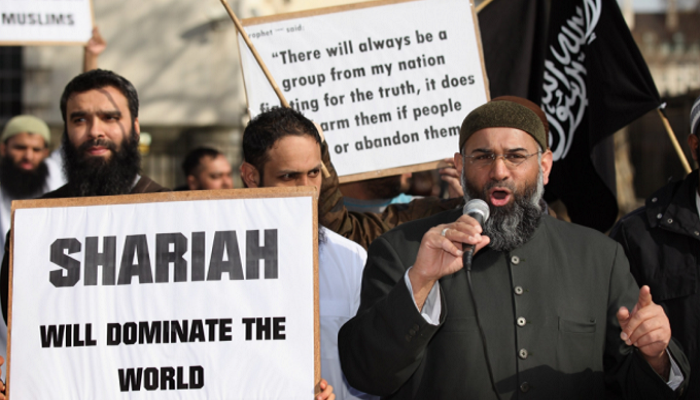 For pledging allegiance to Islamic State radical UK preacher of Pakistani origin Anjem Choudary has been sentenced to jail for 5 years and 6 months.

Anjem Choudary had his fate sealed a couple of minutes ago at the Old Bailey in London post his conviction in July.

The radical preacher also had an altercation with Pamela Geller, an American political activist on a TV show but he was also a dangerous man for India.

Many radical preachers have been targeting India for ‘alleged’ atrocities on minorities while refusing to consider anything that the Islamic nations like Pakistan, Bangladesh or others ‘actually’ do with theirs. People like Anjem Choudary are also useless when it comes to powers like China and its subjugation of Uyghur Muslims. Perhaps his Pakistani genes help him see China as a friend even when Muslims live under stress. We at Currentriggers.com had spoken to one of the prominent Uyghur leaders and he openly chided Pakistan for refusing to see their miseries while casually doing business with China.

But how is Anjem Choudary getting arrested a good thing for India?

Actually, this radical preacher had in 2012 announced a march for Sharia law in New Delhi.

The March was to be held on March 3, 2012. ‘Shariah4Hind‘ however got canceled due to the efforts of Bhagat Singh Kranti Sena headed by Tajinder Pal Singh Bagga.But it did show his nefarious communal designs against India.

Then again he was part of the group that protested in front of the Indian Embassy and demanded that Kashmir should be handed over to Muslim nation Pakistan and had placards that said that the Indian government was an ‘enemy of Islam and Muslims‘ and used trumped up charges against the Hindus of India and even put a charge against the Britishers that the land of India was given away by the British to the Hindus! In short, his Pakistani origin again failed him in seeing the role of MA Jinnah in which it was he, himself, who had demanded Pakistan while everyone else hated the division of the nation!