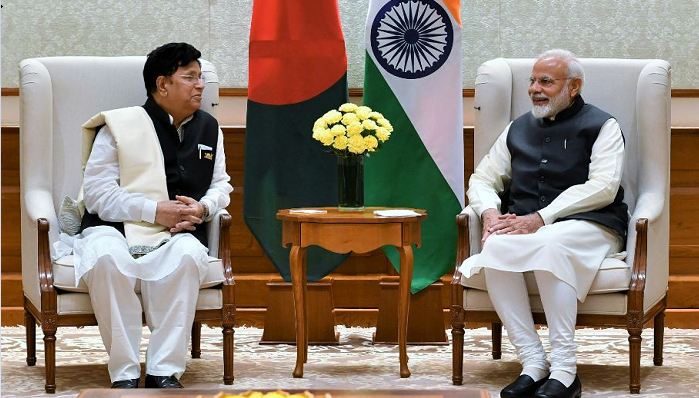 Prime Minister Modi congratulated Dr. Abdul Momen on his appointment as the Foreign Minister and appreciated his gesture of selecting India as the destination for his first foreign visit.

The Prime Minister said that relations between the two nations have been on an upward trajectory in the last few years. He reaffirmed India’s commitment to work with Bangladesh to build on this momentum during the new term in office of Prime Minister Sheikh Hasina.

Earlier, Union Minister of Commerce & Industry and Civil Aviation, Suresh Prabhu, was on a 3-day visit to Bangladesh from September 24, 2018.

During his 3-day visit, Suresh Prabhu held discussions on trade relations with his counterpart, Tofail Ahmed. He also met business leaders in Dhaka. Bilateral trade between the two neighbours has grown steadily over the last decade.

India’s neighbor  also surpassed USA and UK in May 2016 in the number of tourists who chose India as the tourism destination.