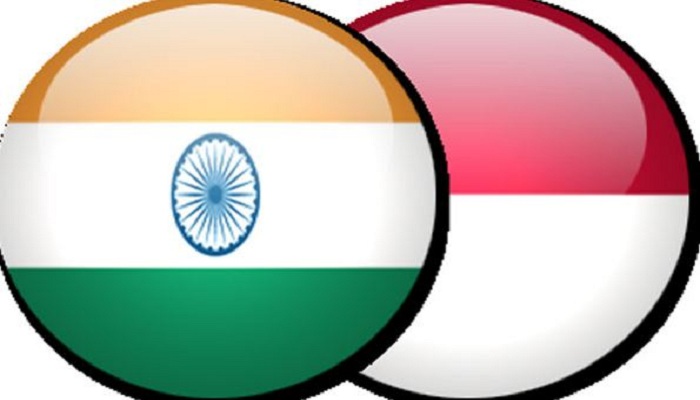 In a demonstration of India’s commitment to its ties with Indonesia and to the maritime security in the Indian Ocean Region, Indian Naval Ship Karmuk, an indigenously built missile corvette, based under the Andaman and Nicobar Command, alongwith a Dornier Maritime Patrol Aircraft, is participating in the 28th India-Indonesia Coordinated Patrol and Second Bilateral Maritime Exercise, scheduled from 10-27 Oct 16 in the Andaman Sea.

Defence relations between India and Indonesia have been growing steadily with regular joint activities and interactions between the Armed Forces of the two countries. The two navies have been carrying out Coordinated Patrols (CORPAT) on respective sides of the International Maritime Boundary Line (IMBL) twice a year since 2002, with the aim of keeping this vital part of the Indian Ocean Region safe and secure for commercial shipping, International trade and legitimate marine activities. The CORPAT has strengthened understanding and interoperability between the two navies and promoted net maritime security in the region.

The bilateral cooperation has increased significantly with the scheduling of the Second Bilateral Maritime Exercise alongwith the 28th edition of the CORPAT. The Opening Ceremony at Belawan, Indonesia from 10-13 Oct 16 is being attended by Commodore Girish Kumar Garg, the Naval Component Commander of the Tri Service Andaman and Nicobar Command (ANC) based at Port Blair. The Bilateral Maritime Exercise and the CORPAT would see participation by one warship and one Maritime Patrol Aircraft from each Navy.

These interactions would also provide opportunities for extensive operational and training engagements, and contribute substantively to the maintenance of good order at sea. The Exercise seeks to strengthen the existing bonds of friendship between India and Indonesia, and underscore India’s partnership and solidarity with friendly countries of the region.

In pursuit of India’s ‘Act East’ policy and outreach to friendly countries, the Indian Navy’s Offshore Patrol Vessel Sumitra, has arrived in Surabaya, Indonesia on a two day visit from 10-12 Oct 16, as part of its deployment to the South Western Pacific Ocean.
The visit is aimed at strengthening bilateral ties and enhancing maritime security cooperation between the two countries. During the stay in harbour, various activities are planned towards enhancing cooperation and mutual understanding between the two navies. These include official calls and interaction with dignitaries of the Indonesian government and the Indonesian Navy, onboard visits by local populace, visits for Indian Navy personnel and professional interaction between personnel of both navies. On departure, the ship would also undertake a Passage Exercise (PASSEX) with the Indonesian Naval ships.
India and Indonesia have extensive historic, cultural and maritime linkages. Regular maritime interaction through training exchanges, port calls, PASSEXs, biannual Coordinated Patrols (CORPATs) and the recently initiated annual bilateral maritime exercise, have reinforced the historic maritime relationship. Sumitra’s visit to Surabaya would further strengthen the bilateral relations between the two countries and contribute to overall maritime security in the region.
Sumitra, is the fourth of the Saryu class ships, based on an indigenous design and constructed by M/s Goa Shipyard Ltd, India. Since commissioning in 2014, the ship has been deployed for multiple operational tasks, the most notable being ‘Operation Rahat’, which entailed the evacuation of personnel of various nationalities from war-torn Yemen in 2015. The ship has a range of 6,500 nautical miles and is capable of embarking one Dhruv/ Chetak helicopter. The ship is commanded by Cdr KP Shreeshan.