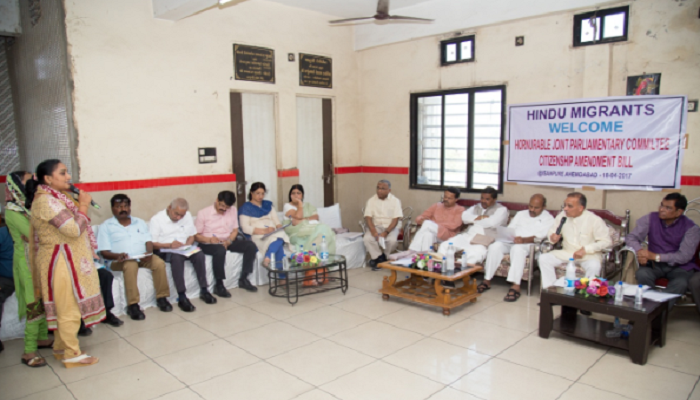 Migrant Pakistani Hindu professionals are once again requesting Govt. of India to grant Indian citizenship to them as per naturalization sec.6(1) of Citizenship Act, 1955.

This was earlier done in 1991 by issuing the Indian citizenship certificates to intellectuals of migrant Hindu community of Pakistan, within one year of their stay in India. This provision is already in Citizenship Act and no amendment is required for their implementation. Sindh Minority Migrant Association group is raising this demand for the benefit of the Pakistani Hindu professionals based in India.

Lady Dr. Chandra Bai narrated the stories of women professionals, who have migrated to India. She told that many women were working there as Doctors, Professors and Pharmacists on very good posts and pay and even some with Govt. On migration, all have gone. Due to not having Indian citizenship, membership of professional bodies like MCI, Bar Council, Pharmacy Council etc is not given to Hindu professionals, so no jobs and professional breakdown.

Young engineer Bhavesh Kumar who has migrated to India, some 5 years ago has passed B.Tech from Gujarat Technological University Ahmedabad. He has got placement in a very reputed company in India. His job offer was canceled, when he cannot produce the Indian citizenship certificate. His citizenship will take another 4-5 years and his cream career years will be spoiled.

One Rohail Kumar is Chartered Accountant migrated to India 4 years ago. He passed the C.A. exam in the first attempt and with more than 65% marks. His job in nationalized bank hit a roadblock due to not having Indian citizenship. His dreams of getting fruits of his hard work are shattered. He is depressed and no knowledge about the path to follow. 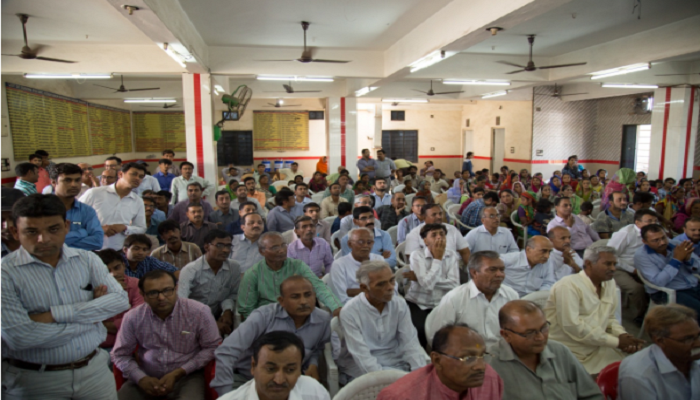 Sindh Minority Migrant Association group reminded the concerned authorities about the difficulties faced by migrated Hindu Professionals from Pakistan. In recent times there is a considerable rise in incidents of religious/sectoral violence and many Hindus families have migrated to India and have been staying on LTV in various states of India like Gujarat, Maharashtra, MP, Delhi etc. As there is no safety of property and life there, they have come for resettlement here in India. There are about 15000 families that have migrated and staying in different states of India last decade.

Many educated persons belonging to the Pakistani Hindu community have been migrating to India. Their children also got the professional qualifications in India.

Their talent can be used in society more suitable way if they get Indian citizenship earliest. MHA Govt. of India vide letterno.26030/135/90/IC.I  in 1990 have decided to relax certain conditions for the grant of Indian Citizenship to intellectuals of minority community(in Pakistan) who are of Indian Origin in the specified categories viz Doctors, Engineers, and Scientists by way of naturalization under section 6(1) of the Citizenship Act, 1955,waiving the requisite residential qualifications laid down in the aforesaid  Act.

Sindh Minority Migrant Association group which raised these issues also said that the Ministry of Home Affairs Govt. of India has issued letters to some migrant Hindu professionals for submission of their citizenship application with the office of Collector and Dist. Magistrate Ahmedabad. But the online application is not being submitted, it requested that ‘kindly allow these Hindu professionals to submit their application offline. This will save the precious golden years of their professional careers.’