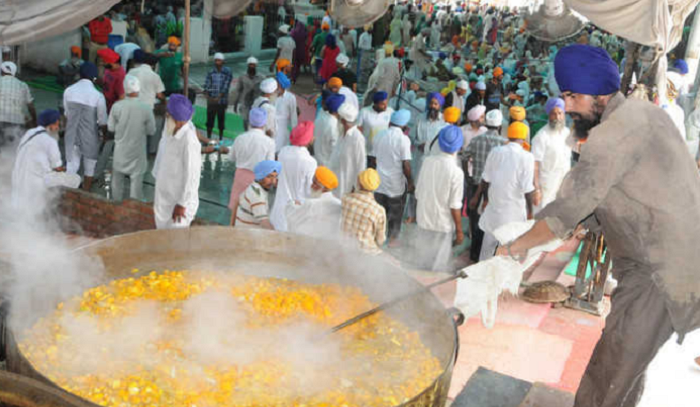 Amit Shah said in a tweet, “Sri Darbar Sahib’s divinity gives strength to us. For decades, the Sangat worldwide was unable to serve there. Modi Government’s decision to allow FCRA to the Sri Harmandir Sahib deepens the connect of Seva between the Sangat globally and the Sri Darbar Sahib. A blessed moment!”.

The Union Home Minister also said, “the Prime Minister Narendra Modi is blessed that Wahe Guru ji has taken Seva from him. The decision on FCRA at the Sri Harmandir Sahib is a pathbreaking one which will once again showcase the outstanding spirit of service of our Sikh sisters and brothers”.

The Union Ministry of Home Affairs (MHA) on Wednesday, September 9, 2020, granted registration to the Sachkhand Sri Harmandir Sahib, Sri Darbar Sahib, Punjab. This association had applied for registration under the Foreign Contribution Regulation Act (FCRA), 2010 on 27.05.2020. The registration shall remain valid for 5 years from the date of issue.

Before granting registration to Sachkhand Sri Harmandir Sahib, Sri Darbar Sahib, Punjab, the application of this association was examined in accordance with the provisions laid down in FCRA, 2010 and the Foreign Contribution (Regulation) Rules (FCRR), 2011.

Various inputs received from relevant quarters and documents submitted by the association along with the application, established that this association fulfills criteria prescribed under FCRA, 2010 and rules under it.

The association named Sachkhand Sri Harmandir Sahib, Sri Darbar Sahib, popularly known as Golden Temple based at Amritsar, Punjab was created in 1925 under the Sikh Gurdwara Act, 1925 with objectives to offer free Langar to public/devotees round the clock, financial help to poor and needy, students, financial assistance for medical treatment to needy persons and offering services during Natural disasters. The association was receiving domestic donations, to fulfil these objectives. Now, with permission from the MHA, the association is enabled to receive foreign contribution and utilize these contributions for the stated objectives in compliance with provisions of FCRA, 2010.

Law of Attraction: How to attract miracles in 10 days?