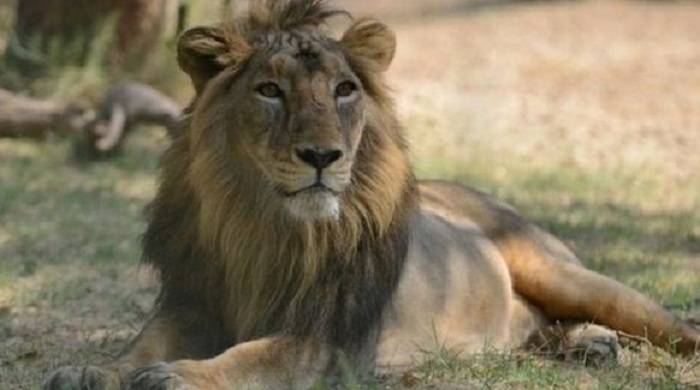 The Ministry of Environment, Forest and Climate Change, Government of India has launched the “Asiatic Lion Conservation Project” with an aim to protect and conserve the world’s last ranging free population of Asiatic Lion and its associated ecosystem.

At a review meeting Union Environment Minister said that “The Asiatic Lion Conservation Project” will strengthen the ongoing measures for conservation and recovery of Asiatic Lion with the help of state-of-the –art techniques/ instruments, regular scientific research studies, disease management, Modern surveillance/ patrolling techniques. The Union minister further stated that the total budget of the project for 3 years that amounts to nearly Rs. 9784 lakh will be funded from the Centrally Sponsored Scheme- Development of Wildlife Habitat (CSS-DWH) with the contributing ratio being 60:40 of Central and State share.

The Asiatic lion once ranged from Persia (Iran) to Palamau in Eastern India but were almost driven to extinction by indiscriminate hunting and habitat loss. A single population of less than 50 lions persisted in the Gir forests of Gujarat by late 1890’s. With timely and stringent protection offered by the State Government and the Center Government, Asiatic lions have increased to the current population of over 500 numbers. The last census in the year 2015 showed the population of 523 Asiatic Lions in Gir Protected Area Network of 1648.79 sq. km. that includes Gir National Park, Gir Sanctuary, Pania Sanctuary, Mitiyala Sanctuary adjoining reserved forests, Protected Forests, and Unclassed Forests.

In the past, Asiatic Lion was included in the list of 21 critically endangered species for recovery programme and financial assistance under the species recovery component of CSS-DWH. The project activities is envisaged in a manner to cause habitat improvement, scientific interventions, disease control and veterinary care supplemented with adequate eco development works for the fringe population in order to ensure a stable and viable Lion population in the Country.