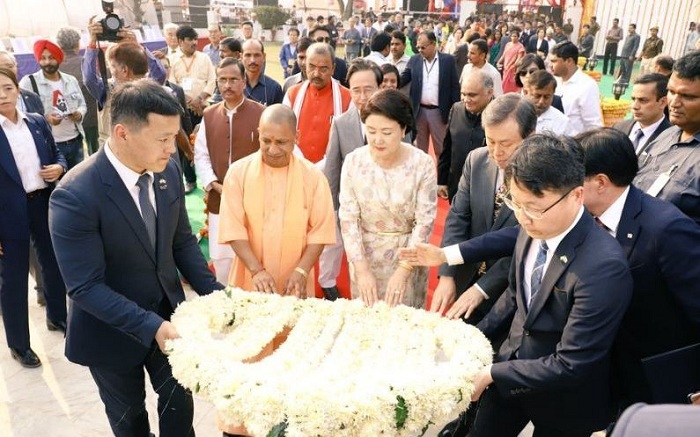 The Princess Suriratna of Ayodhya had married King Kim-Suro, and became Queen Hur Hwang-ok in the year 48 AD binding India and Korea in a relationship that have survived thousands of years.

First Lady of the Republic of Korea, Mrs. Kim Jung-sook later joined Hindus in celebrating the Deepawali this year in India.

Around 3,00,000 lamps lit to celebrate the Deepotsava in Ayodhya. Here are the pics:

Her charming personality and graceful manners made her an instant hit with the crowd which has come to witness the scintillating ceremony.

At the invitation of the Prime Minister of India, Narendra Modi, Kim Jung-sook, the First Lady of the Republic of Korea is leading a high-level delegation to India from November 4-7, 2018.

Moon Jae-in, President of the Republic of Korea had visited India in July 2018.