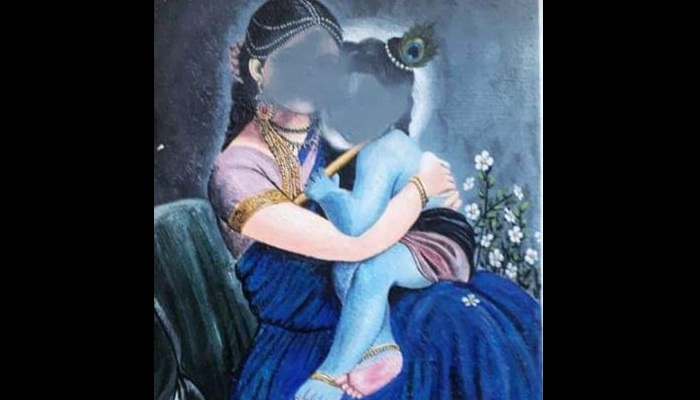 The entrance gate of ISKCON Temple situated in Curitiba, Brazil was targeted by unknown perpetrators. The news came to light after a devotee named Mahanama Dasa posted a picture of the vandalized door of the ISKCON Temple on October 23rd where Lord Krishna was earlier painted with his mother Yashoda.

The defaced picture triggered angry comments, thousands of shares, and condemnation of the incident.

There are no CCTVs in the vicinity of the ISKCON Temple making the case tough for police to crack.

In case caught, the perpetrators may end up cooling their heels in the jail for no less than 5 years, but since, Brazil is in election mode and Hindus amounting to less than 1% of total population (the 2010 census puts Hindus in Brazil at just 9,500 or just about 0.01%) hence, the matter has largely escaped the national media.

ISKCON priest assaulted in Bangladesh, fighting for his life

Interesting to note, that Afro-Brazilian religions are one of the most targeted by the vandals whose worshipping idols and saints is considered blasphemous and dangerous by many right-wing Christian forces but rarely have Hinds become a target.

Hindus are easily one of the most well-off section and a much-liked religious group in Brazil.

The ISKCON Temple in Curitiba is also one of the most famous ones and attracts huge footfall as it also provides free lunches to hundreds and enjoys the goodwill of both the Hindus and non-Hindus in Brazil.

The meals are vegetarian and attract many:

For now, the Hindus are hoping that the culprits get caught and repent.

Brazil is a Christian majority state.