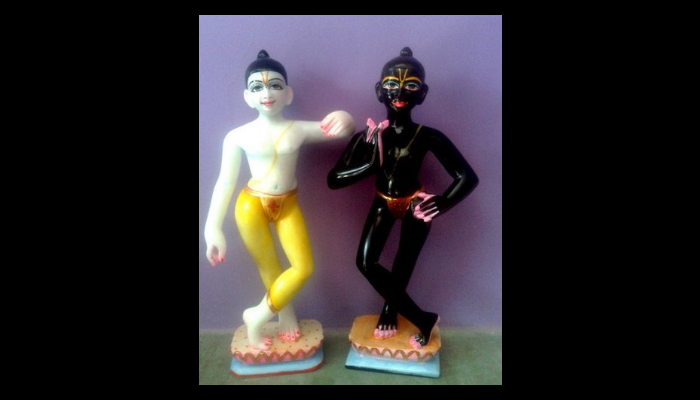 The crater on Charon, Pluto’s largest and far-flung moon, has been named after Revati, which finds mention in ancient Hindu texts.

In Hinduism, Revati is wife of Balabhadrarama, elder brother of Lord Krishna; and is also one of the 27 stars mentioned in Mahabharata.

In a press statement on April 11, 2018, the IAU had said that the Revati Crater is named for the main character in the Hindu epic narrative Mahabharata — widely regarded as the first in history (circa 400 BC) to include the concept of time travel. Revati was supposed to be from an earlier Yuga and was much taller than the Balrama or Balabhadrarama who used his weapon, the plough, to reduce her height by tapping on her shoulders and head. Later the two got married.

The International Astronomical Union (IAU), the internationally recognized authority for naming celestial bodies and their surface features, recently approved the name of Revati Crater on Charon (one of the larger bodies in the Kuiper Belt with a wealth of geological features), which was proposed by NASA’s New Horizons team.

Ignored by India and Russia, but persecution of Russian Hindu community rings alarm bells in the USA

Distinguished Hindu statesman Rajan Zed, in a statement in Nevada, calling it a step in the positive direction, urged IAU to explore the richness of thought offered by Sanskrit texts of Hinduism and name more celestial bodies after names and concepts found in ancient Hindu texts.

Rajan Zed, who is President of Universal Society of Hinduism, further said that that Sanskrit, which was known as “the language of the gods”, provided the theoretical foundation of ancient sciences. According to tradition, self-born God created Sanskrit, which was everlasting and divine, Zed added.

Founded in 1919 and headquartered in Paris, the IAU is the world’s largest professional body for astronomers. Dr. Silvia Torres-Peimbert and Dr. Piero Benvenuti are President and General Secretary respectively.