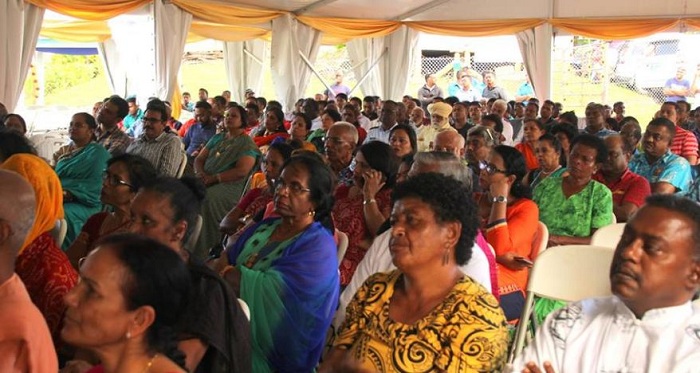 2018 saw many ups and downs as far as the Hindus are concerned.

While the news of the Temple desecrations in Fiji made headlines across the world. The news of the Fijian government partnering with nine Hindu
religious organizations in the country to construct a funeral rites facility in Vatuwaqa, Suva in May of 2018 did not get much coverage.

Hindus world over attach a lot of importance for their departed and hence, this was indeed welcome gesture.

Addressing the long-standing demand of the Fijian Hindus, the Fiji government provided more than $900,000.

Acting Prime Minister and the Attorney General, Aiyaz Sayed-Khaiyum said on the occasion that this facility was part of the Fijian Government’s efforts to fulfill its constitutional obligation towards the Fijians.

The occasion was attended by more than 100 people where Sayed-Khaiyum also said that the facility would enable the members of the Hindu religious organizations to perform the last funeral rites of their loved ones in a convenient and dignified way.

These facilities for the Fijian Hindus have also been earmarked in Fiji’s Lautoka, Nadi, and one could also be in Vanua Levu while the funeral facility in Nausoriis already underway.