This is being called an act of negligence.

Radio Free Asia has quoted a Hindu social worker named Ni Maul as saying that this fire has left more than more than 600 residents of Ngakura village homeless. He also said that the Maungdaw township’s administrator has provided rice and other eatables to the victims of this fire while a Hindu civil society organization has gone to the village to provide on-the-ground assistance.

Right now the victims are are staying at the village school.

This area had seen violent clashes last year between the insurgent Rohingyas and the Myanmarese Army. The Hindus of the area had alleged that the militants brutally murdered the Hindus and also that they abducted the Hindu women to forcibly convert them to Islam.

Hindus in Myanmar make up only 0.5 percent of the country’s population but unlike the Muslims, enjoy a better status.

Recently BJP leader Dr Tamilisai Soundararajan went to Myanmar and the Hindus had requested connectivity with Chennai. It is not clear what happened after the demand was raised.

Meanwhile the issues of Rohingyas continue to make international headlines with the government of Myanmar expressing serious concern on April 13th on the news regarding the application by the International Criminal Court (ICC) prosecutor to claim jurisdiction over the ‘alleged deportation’ of the Muslims from Rakhine to Bangladesh as Myanmar is not a party to the Rome Statute and hence, cannot be forced in anyway. 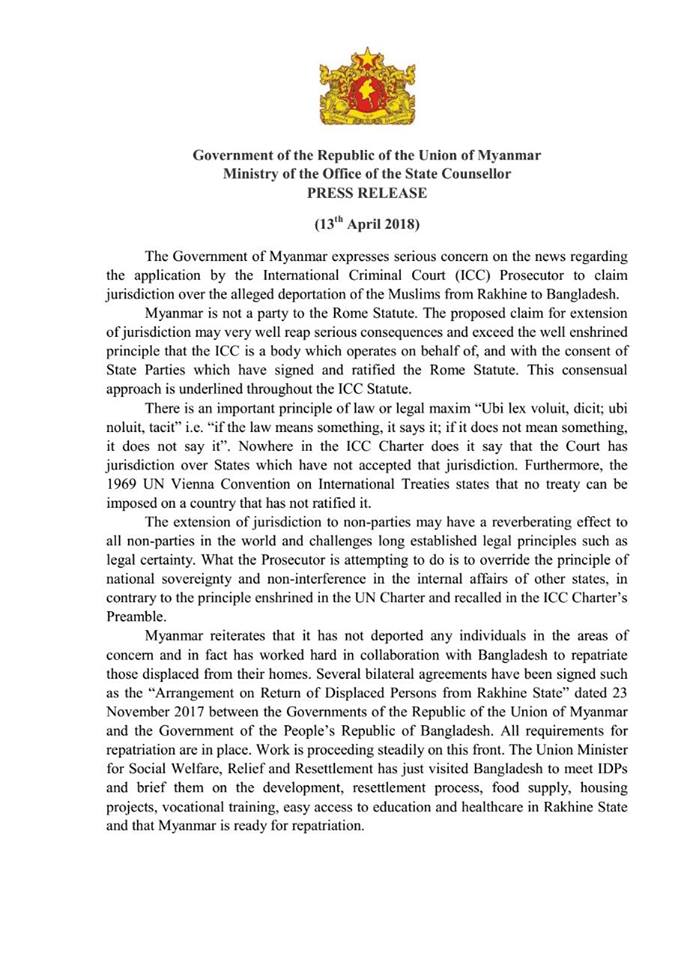 The picture used in this news is from a camp in Bangladesh where Hindu youths provided food items and medical aid to Myanmarese Hindu refugees last year.