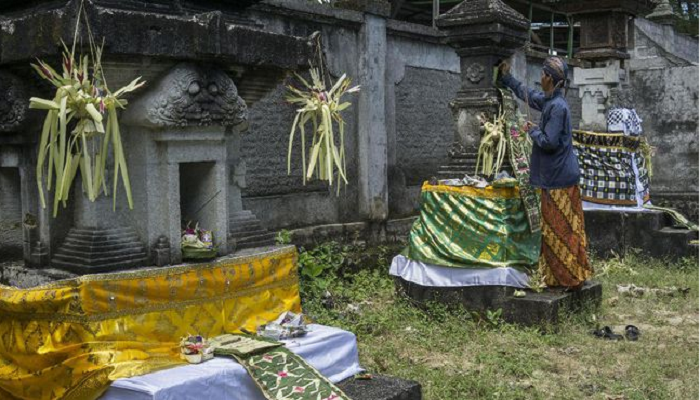 Indonesia woke up to desecration on a Hindu Pura in which three statues were also desecrated.

The desecration has been reported by major newspapers like the CNN Indonesia.

An investigating officer said that this was a new occurrence in the area in which a Hindu worship place has been targeted.

People have been told to remain calm while the investigations are on.

Hinduism is a minority religion in Indonesia, a moderate Muslim-majority nation, however, it is well known for Bali which is a Hindu majority island in the country. Bali thrives on cultural tourism which is essentially based on the Shiva-Buddha teachings and Hinduism.