For the people of Indonesia, Mount Bromo is an iconic tourist destination. The active volcano 2.392 meters high above sea level, surrounded by sand and spectacular sunrise view gives Mount Bromo a charm which has successfully drawn millions of local and foreign tourists.

Based on the data gathered by BBC Indonesia, there were 380,000 domestic tourists and 37,000 foreign tourists came to visit Bromo in 2015.

But, yet, it is incomplete and even unfair to talk about the domineering yet ethereal Mount Bromo without knowing the indigenous people who live around it; the Tenggers.

The Tenggers are different from the other residents which reside in the Eastern Java. The Tenggerese people have their unique language, beliefs, and have their own culture.

Mount Bromo and the Tengger community has developed a spiritual bond which is none like any other.

So who are the Tenggers?

You may be wondering about the origin of the word ‘Tengger.’

Actually, there are many stories which explain the origin of this word.

Tenggers are the followers of the traditional Lord Shiva/Siwa-Buddha path as was given to them by their valiant ancestors. We will discuss this later. But you may be wondering as to how this minority community got its name in the first place!

Many opine that “Tengger” means mountains which later became the safe refuge of the Tengger ethnic community.

But there is another view and it states that the term “Tengger” comes from the phrase “Tenggering Budi Luhur” which means noble character and is used to tell the youngsters that this is how the character of the Tengger people should be and become.

The last opinion says that the name “Tengger” is a combination of the names Roro Anteng and Joko Seger, ancestral names of the Tengger ethnic community.

In a book ‘Hindu Javanese: Tengger Tradition and Islam’ by Robert W. Hafner, the writer says that the Tenggerese people are actually descendants of the great Majapahit kingdom!

In the XVI century, the Majapahit Kingdom was attacked by Islamic kingdom led by Raden Patah. Subsequent persecution and conversion took its toll but some people were able to flee to Bali Island while many others chose to take refuge in the mountainous area in Eastern Java, isolating themselves from outside influences and it is this set of people who later came to be called as the Tengger ethnic community.

There is another story, however, and we can safely say that this is perhaps the most widespread. The story states that long ago lived Roro Anteng, the princess of the great Majapahit Kingdom, and Joko Seger who was the son of a Brahmin.

Roro Anteng and Joko Seger later got married. From their last names (Teng-Ger) the foundation of the Tengger ethnic community was laid. Later, the story says that they also took refuge in the Eastern Java and it is due to them that the community acquired the name of the ‘Tengger.’

There is also another facet of this story and it is also said that the couple led the refugees of the great Majapahit Kingdom and adopted the title of Purbawisesa Mangkurat Ing Tengger. Therefore, the descendants of Roro Anteng and Joko Seger came to be known as the Tengger.

Kasada is a well-known Yajna among the Tengger society and one must take part in it. Yajna Kasada is not only an expression of gratitude to God’s love for His grace but also a moment for remembering and honoring the sacrifices of their ancestors, Roro Anteng and Joko Seger, who undertook hardships to preserve the dharma and the lives of the present-day Tengger ethnic minorities.

Kesada Yajna isn’t only attended by the people of Tengger ethnic community but also by the Hindus from Bali and Hindus from other places in the country. All are welcome to join.

Indeed, the Tengger ethnic tribe is the keeper of the Hindu Siwa-Buddha culture even in the most turbulent of times.

The ancestors of the present day Tengger ethnic people who fled after the Islamic invasion, isolated themselves in the Tengger Mountains which was also much farther from the reach of other cultures dominant in Java.

So we can safely say that the Tenggerese culture and beliefs are very similar to what they practiced when the great Majapahit Kingdom, whose ideals and principles were shaped up by the Siwa-Buddha principles, was still flourishing.  The Siwa-Buddha beliefs and principles laid the foundation for the Hindu Dharma in entire Indonesia but each area has its own unique culture which makes Indonesia a treasure trove of ancient Hindu culture. 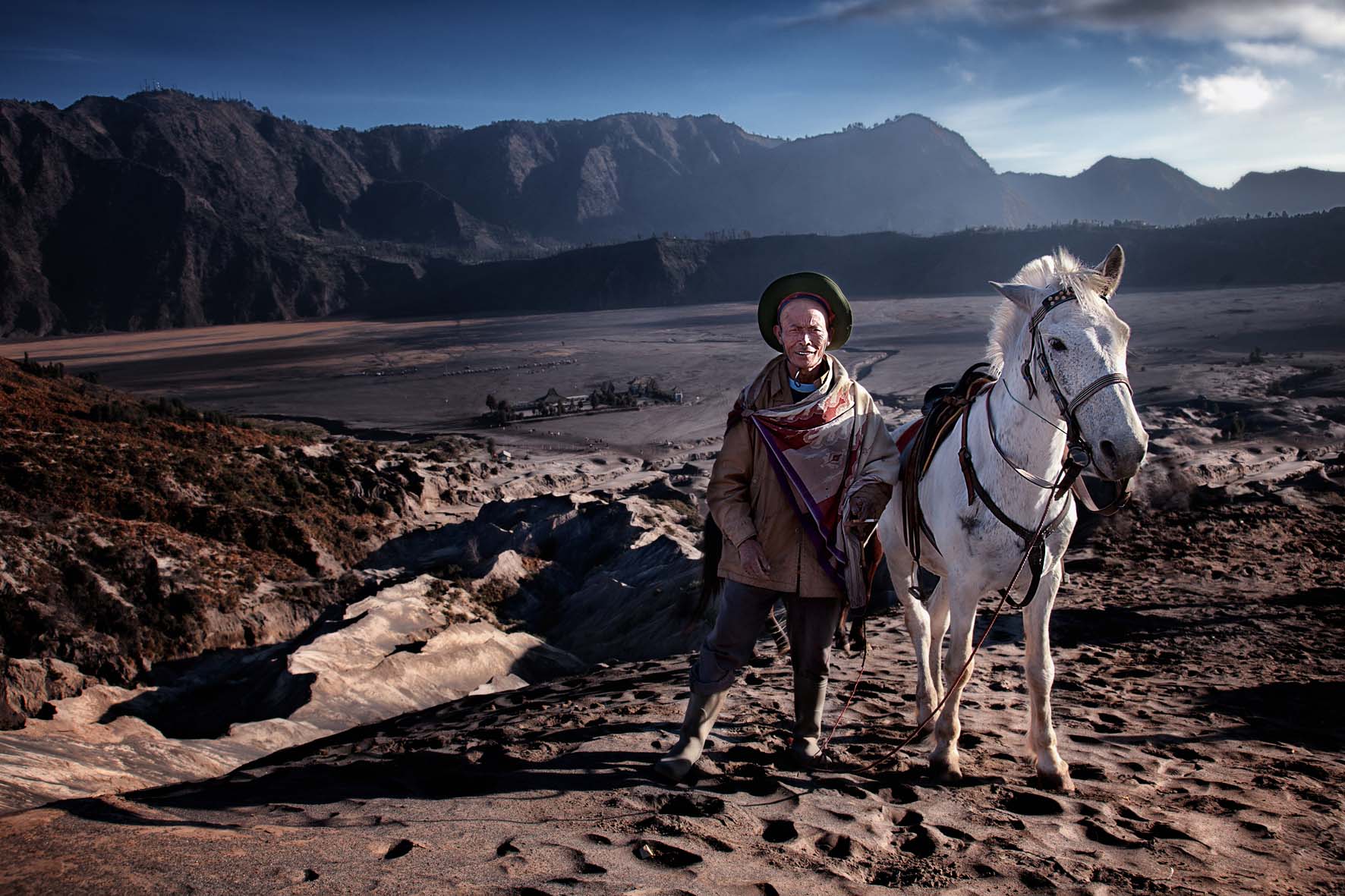 Tenggerese, as we had said earlier, have their own language and it is very different from the language used by the people of Java today. The Tenggerese still use the vocabulary of Kawi or Old Javanese even when the Kawi language is no longer used by other Javanese speakers!

In traditional Tengger calendar, there are 12 months in a year. The name of the months are: Kasa, Karo, Katiga, Kapat, Kalima, Kanem, Kapitu, Kawolu, Kasanga, Kasadasa, Dhesta, dan Kasadha. There are 30 days in a month.

By Parwati Agung and Namta Gupta

Hey! We hate article stealers and trust us, there are many who are stealing them. We urge them not to do so, and if they fail to comply then we will be forced to launch formal complaints.