Ghotki, July 27, 2016: As was being feared, due to lack of police protection for the Pakistani Hindus, extremists have started killing Hindu boys to avenge the desecration of Quran.

While Pakistani Hindus were earlier rejoicing as a Hindu girl Aneela was able to win her liberation from her captors, now news has come that a 16-year old minor Hindu girl named Madhu has been taken away by armed Muslim extremists from Mirpurkhas. Mirpurkhas is a radical area notorious for selling Om-laden sandals but for the Pakistani Hindus these are now the part of their ‘normal’ life.

It is not clear whether this kidnapping is due to Quran desecration for which the Bharchundi Peers are accusing the Hindu community.

Two Hindu boys have also been shot at Mirpur Mathelo , District Ghotki after Quran desecration. One was shot at the back while another has been shot at in his legs. 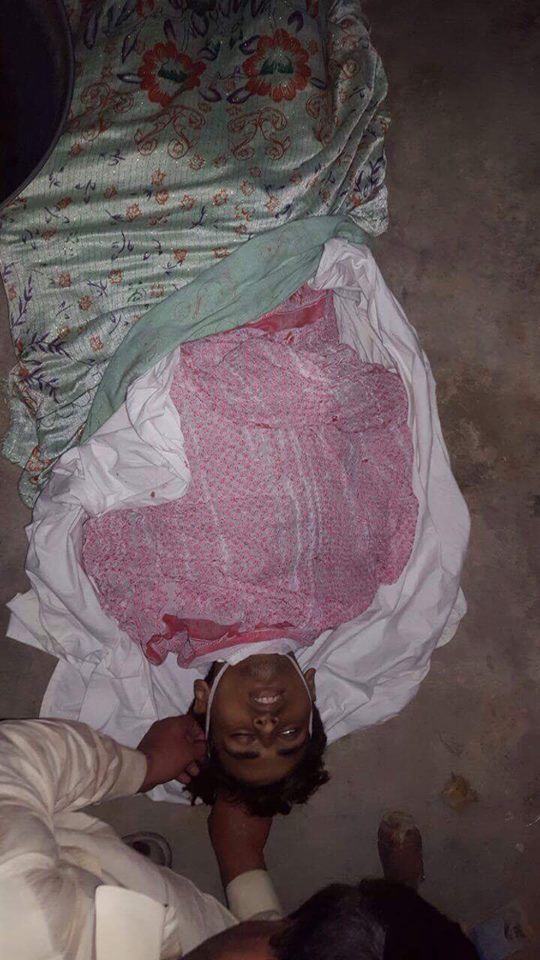 Out of the two injured young Hindu boys, Sateesh Kumar s/o Anoop Kumar has been killed while another boy Avinash has been seriously wounded and is the son of Chetan Das.

He is undergoing treatment at the Raheem Yar Khan hospital.

There were already reports that the violence would erupt against the Pakistani Hindus but the IG Sindh did not take any steps to contain the terror that has been unleashed against the Hindu community in Ghotki at the behest of the Sufi Peers of the Bharchundi.

Meanwhile, no statement of reassurance has been issued by any political party or anyone from the civil society so far and the media has not bothered to cover the atrocities against the Pakistani Hindus either. The ruling party PPP has strong ties with the Bharchundi Peers and is unlikely to issue a statement against them.

All that the Twitter account of the PPP Chairman, Bilawal Bhutto Zardari, managed to say was about the replacement of Sindh’s Chief Minister.

My pleasure to announce the Pakistan People's Party's nominee for Chief Minister Sindh will be Syed Murad Ali Shah.

Qaim Ali Shah is the outgoing CM who refused to release the zakaat (Muslim charity money) in 2014 for the Hindu kids, when they were dying of hunger and want of water in Tharparkar, stating that Muslim charity money is only for Muslims. Tharparkar is the only Hindu-majority district left in Pakistan.