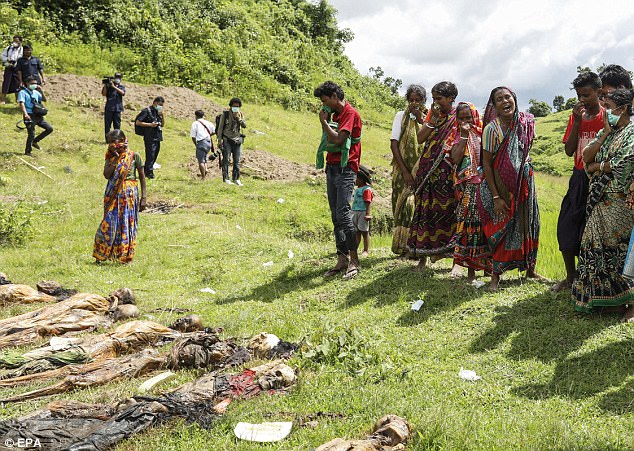 Rohingya Muslims, who otherwise seem to be the orphans of the world, are an unwilling pawn in the geo-politics. The recent diatribe by a Somalian-American Ilhan Omar against India saw the usage of the Rohingya Muslims to target India. But more on that later.

Prime Minister Narendra Modi met State Counsellor Aung San Suu Kyi of Myanmar on the margins of the ASEAN-India Summit on November 03, 2019. PM Modi emphasized the value India attaches to Myanmar’s cooperation in ensuring that ‘insurgent groups do not find space to operate across the India-Myanmar border.’

But most importantly, PM Modi extended more help to the friendly nation, Myanmar.

A press note by the PMO said that with regard to the situation in Rakhine (Rohingya migration flashpoint), following the completion of the first Indian project to build 250 prefabricated houses–which were handed over to the Myanmar Government this July–PM expressed India’s readiness to carry out more socio-economic projects in this State.

Further, the PM of India also emphasized that the ‘speedy, safe and sustainable return’ from Bangladesh of displaced people to their homes in Rakhine State was in the interests of the region, the displaced persons, and all three neighbouring States: India, Bangladesh, and Myanmar.

Armed men dressed in black and local Rohingya villagers in plain clothes rounded up dozens of Hindu women, men and children. They robbed, bound, and blindfolded them before marching them to the outskirts of the village, where they separated the men from the women and young children. A few hours later, the ARSA fighters killed 53 of the Hindus, execution-style, starting with the men: Amnesty International on 22May 2018

Now here is where the Somalian-American, also an unabashed apologist for the Turkish dictator Erdogan, not only tried to twist everything and blame India for the Rohingya Muslim woes but even targeted Assam. The misinformed American said that the ‘in Assam, almost 2 million people are being asked to prove their citizenship. This is how the Rohingya genocide started. ‘

I mean how can someone be so geographically challenged and yet be so brazen in accusations?

Rakhine, Myanmar-Place where Rohingyas live. This is the place of the Rohingya-Myanmarese conflict.

India is building homes for folks who had to flee Rakhine after violence.

And how were you able to drag Assam into this?

Not only did she falsely abuse India’s humanitarian work but she also suggested that Assam somehow is connected with the Rohingya Muslim situation!

“Raj Kumari, a Hindu girl, 18, said: They slaughtered the men. We were told not to look at them … They had knives. They also had some spades and iron rods. … We hid ourselves in the shrubs there and were able to see a little … My uncle, my father, my brother – they were all slaughtered” Amnesty International on 22May 2018

This when scores of Rohingya Muslims have already said that they are grateful to India and found the Hindus secular.

It is important to note that most Muslim-nations have refused to criticize the Rohingya terrorist group ARSA who has brutally raped and murdered scores of Myanmaerese Hindus. Let’s not even go to the forced conversion cases of the Hindus that have come to light from Myanmar (when the ARSA terror was at its peak) and even Bangladesh where both the Rohingya Muslims and the Myanmarese Hindus are holed up leaving the Hindus extremely vulnerable.

Eight Hindu women and eight of their children were abducted and spared, after ARSA fighters forced the women to agree to “convert” to Islam. Amnesty International on 22May 2018

Myanmar had to ask for help from the UNSG Special Envoy on Myanmar for repatriation of its Hindu nationals and even accused Bangladesh of not even allowing the Myanmarese Hindus to be repatriated.

But of course, the Somalian-American is what I would call too ‘linear’ and too geographically challenged to understand the situation.

Despite, all this India has played the role of the peacemaker providing relief aid without any bias.

It is important to ask the Somalian-American how much have either of her own countries have done for the Rohingya Muslims or for the Myanmarese Hindus.

India has gone beyond and actually given more than the customary lip-service to the cause of the Rohingya Muslims, and the country is willing to do even more for them.

But it seems people like the Somalian-American Omar are not interested in the assistance and help provided to the displaced and the deprived population of Myanmar but would twist everything merely to spite India.

Note: The featured image is of the mass graves of the Myanmarese Hindus murdered by the Rohingya terrorists.