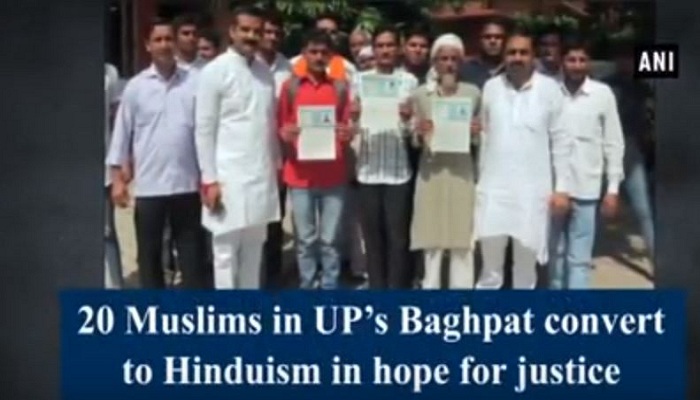 ANI News reported that the family decided to embrace Hinduism after they were allegedly being denied justice in a case in which a family member lost his life.

The family members said that the injustice meted out to them in that case of murder allegedly by some men belonging to the Muslim community made them embrace Hinduism.

The ANI says that the newly converts said that when the alleged murder took place, around 3000 Muslims were present yet none one came forward to help them.

These members are hoping that they will get justice after this step.

ANI reports that the family members claimed that when they sent the victim’s body for postmortem, police came out with a report of a suicide.

On October 1, they submitted affidavits to the sub-divisional magistrate (SDM) of Baraut district for registering their conversion.

Vishwa Hindu Parishad (VHP) will carry out a ‘hawan’ in their village on October 2 to carry out their conversion with all religious customs.

Why did the Princess of Java become a Hindu?