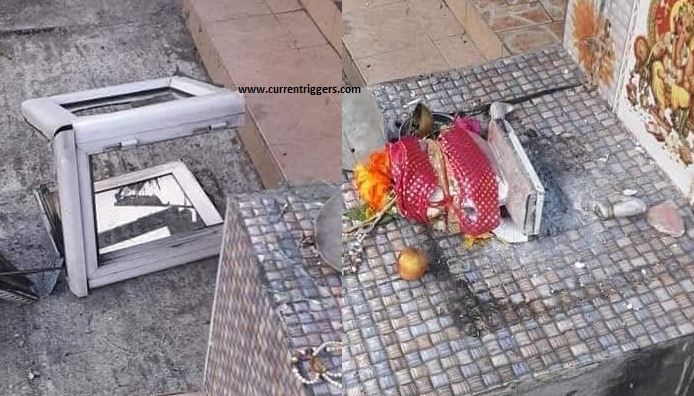 While the Hindus in the rest of the world are celebrating Dhanteras and are gearing up for Diwali, Hindus of Mauritius woke up to yet another Kali Temple desecration. This time the desecration has been reported from Rose-Belle, Mauritius, and an FIR has been reportedly launched by the Bhakts.

Window panes were found smashed by devotees this morning while the statues of the Hindu Gods were pushed to the floor. Take a look at the pics: 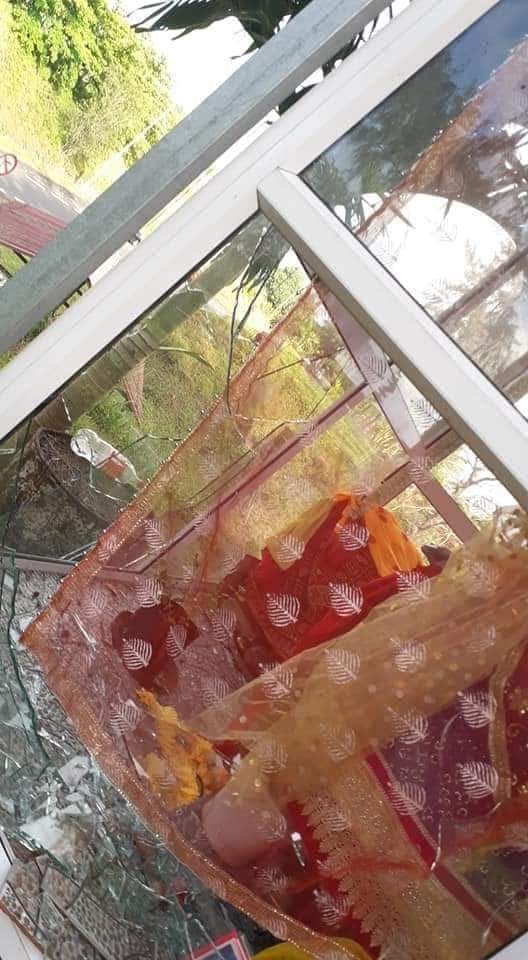 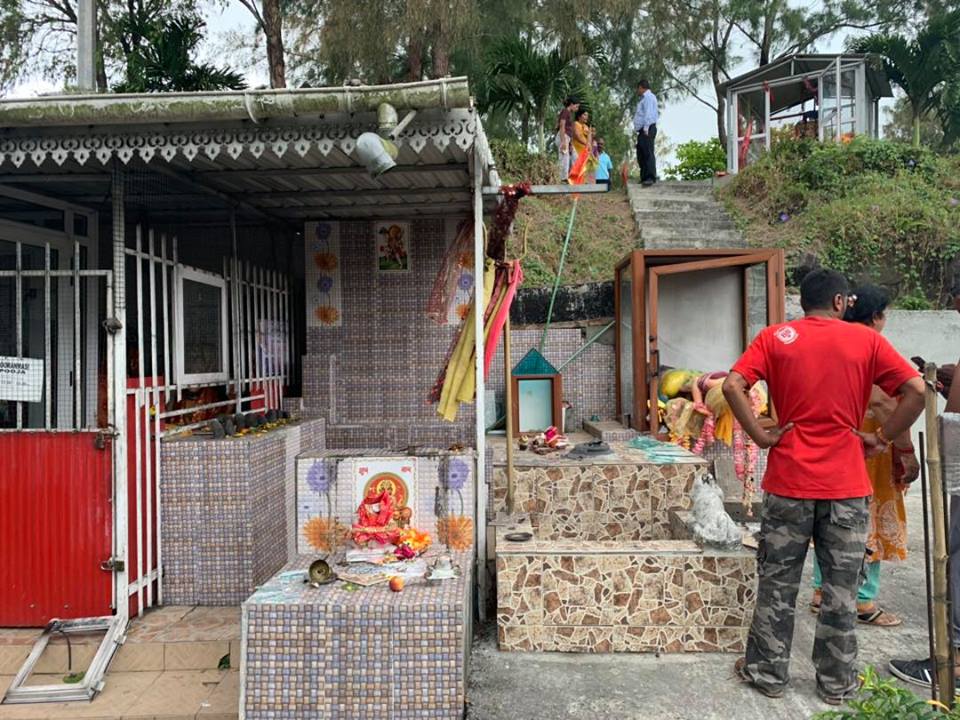 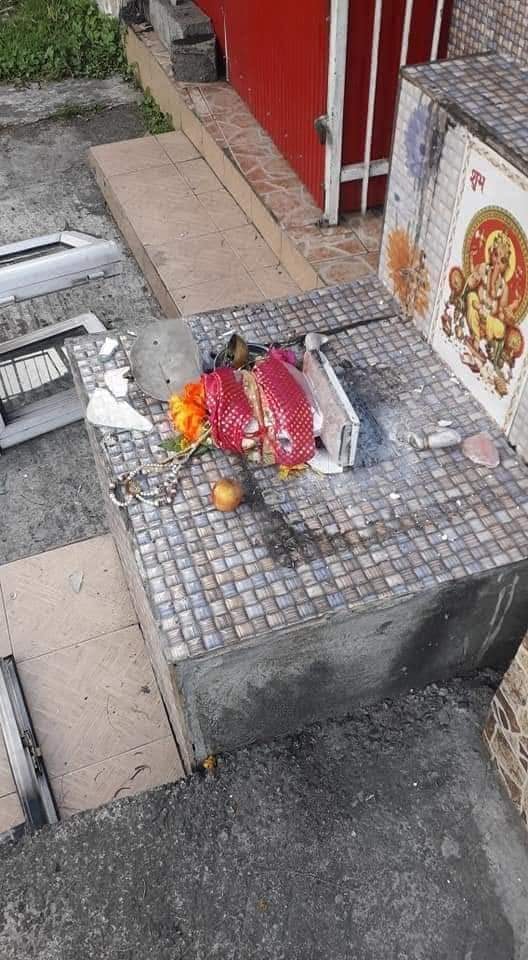 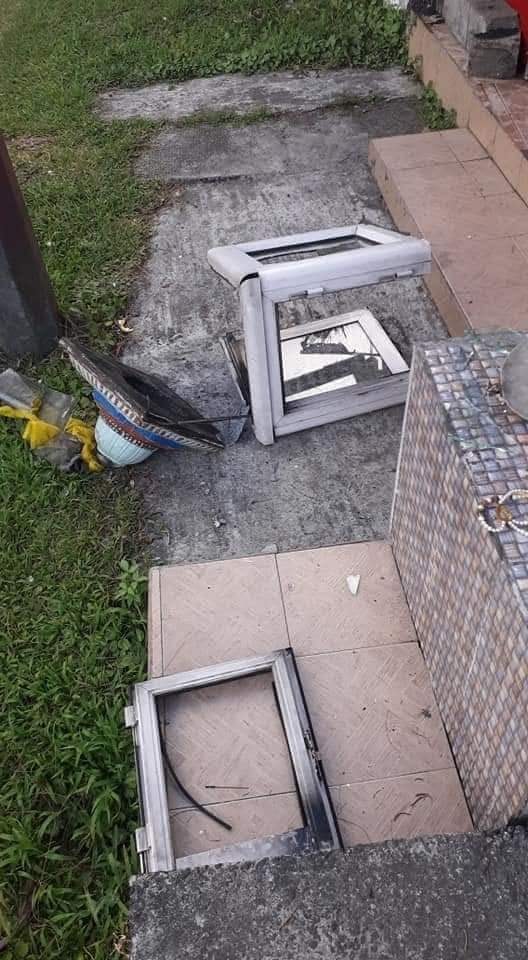 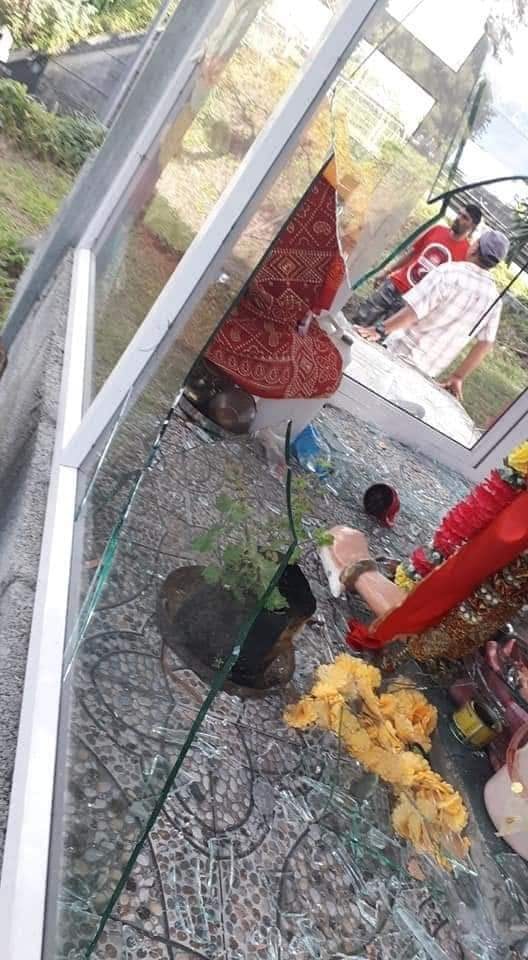 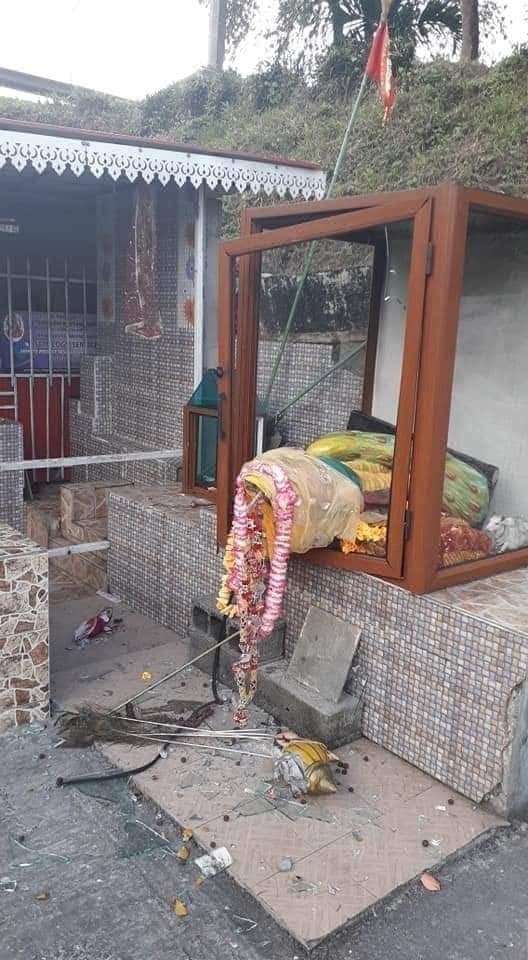 A Hindu devotee of Hindu Goddess Kali said that there are so many desecration cases, that now, it is difficult to remember what happened where and when. He also narrated an incident in which cold drinks donated to Hindus on Maha Shivratri, were found spiked with alcohol and with even lethal doses of pesticides.

It is important to note that mostly Kali Temples are under attack in Mauritius and devotees believe that since she is a fierce Hindu Goddess hence, the attacks are also on the epitome of sacred and powerful feminine energy as well.

But there is another angle to the same situation. A Mauritian Hindu while speaking to www.currentriggers.com said that most Kali Temples are located remotely and have no CCTV or guard which makes them increasingly vulnerable to attacks.

The motive behind these attacks?

While earlier, break-ins used to happen for money or devotee offerings, now,  increasingly, the attacks are happening with no other motives except to vandalize the Hindu sites.

Worst is that in most cases, the perpetrators of these attacks go unpunished as the declining Hindu population means that the community is slowly losing its political relevance.

Another Hindu who spoke on the condition of anonymity also added that many Mosques have also been vandalized on and off in Mauritius, but not on the same frequency as the Hindu religious places.

According to the 2011 census, the total population stands at 1,236,000. Approximately 48 of the people practice Hinduism, 26 percent are Roman Catholics, 17 percent are Muslims, and 6 percent are other Christians. The Hindu community believes that the increasing desecrations and the state apathy hint at a rapidly declining Hindu population and are bracing for an uncertain future.