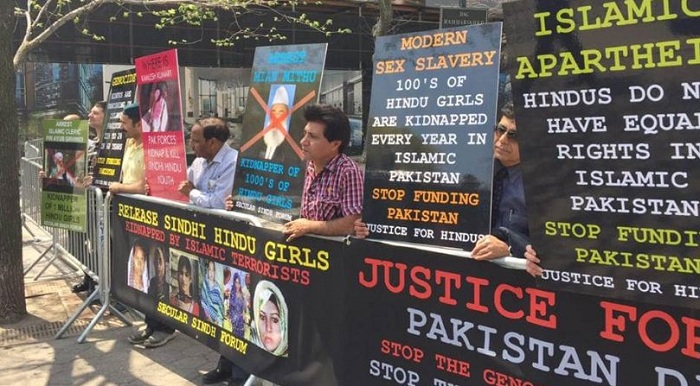 In the affidavit seen by CurrenTriggers, the says that she is ’19’ and not 16 which her parents are claiming and said that she is adopting a new named of ‘Basheeran.’ Right after conversion she also got herself a husband who is identified as Wazir Hussain, son of Dil Murad Khan, of Jhat Pat District Jaffarabad.

In the affidavit, she claims that belonged to the Hindu religion and Baghri community but her father is a proper Turban wearing Sikh.

It seems that her religious identity is being deliberately hidden and being made a Hindu for ensuring negligible protests from Sikhs. However, it is also to be noted that Sindhi Hindus also follow Guru Nanak and follow some tenents of Sikhism.

The point to note is that Sindhi Sikh girls’ conversion rarely gets the attention of human rights activists due to their Sindh-based origin in Pakistan and abroad. To understand this, you may like to read this interview of a senior Sindhi Pakistani journalist.

Kaur was converted at Amrit Sharif Dargah, District Shikarpur, on 17-6-2020, and her so-called husband after marrying her has gone missing along with the child.

Sikh or Hindu, this girl going missing is another proof that minority women especially non-Muslims remain unsafe in Pakistan.

The Sufi Pir who initiated the conversion could not be identified by our team.

P.S: In the documents of conversion the child can be seen stating that ‘I have not been kidnapped or abducted by anybody.’

Earlier, a Hindu girl, 15-year old, Santra Kohli, D/O of Riasingh Kohli, was kidnapped from Tando Mohammad Khan in June 2020 among other girls for the purpose of forced conversion.