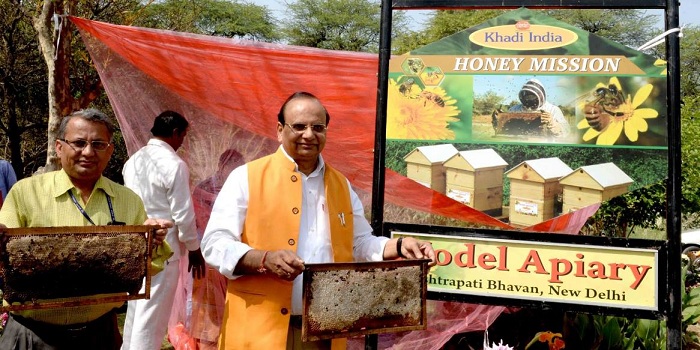 Sale of Khadi and Village Industries (KVI) products has increased during the last two years registering the sale of Rs. 52138.21 crore in 2016-17 and Rs. 59098.04 crore in 2017-18. Minister of State (I/C) for Micro, Small and Medium Enterprises (MSME), Giriraj Singh, stated this in a written reply in the Rajya Sabha today.

These products are exported to European, Asian and North American countries.

Honey has rich minerals and proteins along with best quality of antioxidants.

The Minister informed the House that assistance is provided under the Market Promotion and Development Assistance (MPDA) scheme to the eligible KVI Institutions for participation in international exhibitions and trade fairs held abroad. They are provided space rent upto Rs 1.25 Lakh and air fare upto Rs.1.00 lakh. The KVIs are also given monetary incentives for participation in domestic & international exhibitions at State and National levels. Financial assistance is also provided to exporters participating in International Trade Fairs held in India like India International Trade Fair (IITF), New Delhi, where stall rentals are subsidized for exporting institutions. Other initiatives taken to promote the exports of KVI products include their participation in International Trade Fairs through ITPO, New Delhi, tie up arrangements for bringing out innovative export quality product designs with NIFT, tie up arrangement with premier export institutions like Directorate General of Foreign Trade (DGFT), Federation of Indian Export Organization (FIEO), CII and Federation of Indian Chambers of Commerce & Industry (FICCI), World Trade Centre (WTC) and Trade Promotion Council of India for invigorating business opportunities in the overseas market. An MoU has been signed between KVIC and Aditya Birla Fashion & Retail Ltd., Raymond and Arvind Mills for sale of Khadi fabric in the country and abroad.

India is the largest producer of banana in the world

KVIC has applied for registration of “Khadi” as a Word mark and “Khadi India” as a Trade Mark in the IPR Act at the National Level. It has also filed an online application for registering “Khadi” as a trademark under International bureau in European Union and other countries.

Honey from the House of President?

The apiary of Rashtrapati Bhavan recently started giving the yields and from the gardens of the Presidential House around 186 kilograms of honey was extracted.

Chairman Khadi and Village Industries Commission (KVIC) Vinai Kumar Saxena and Secretary to the President Sanjay Kothari were present during the first phase of extraction of honey.

Sanjay Kothari had even said that Rashtrapati Bhavan have plans to use this honey and related products as gift items for the visiting foreign dignitaries. He had also said that there is a need that people should adopt cultivation of honey as their hobby in their farmhouses and bungalows.

The apiary in the Rashtrapati Bhavan garden was set up under Honey Mission of KVIC. 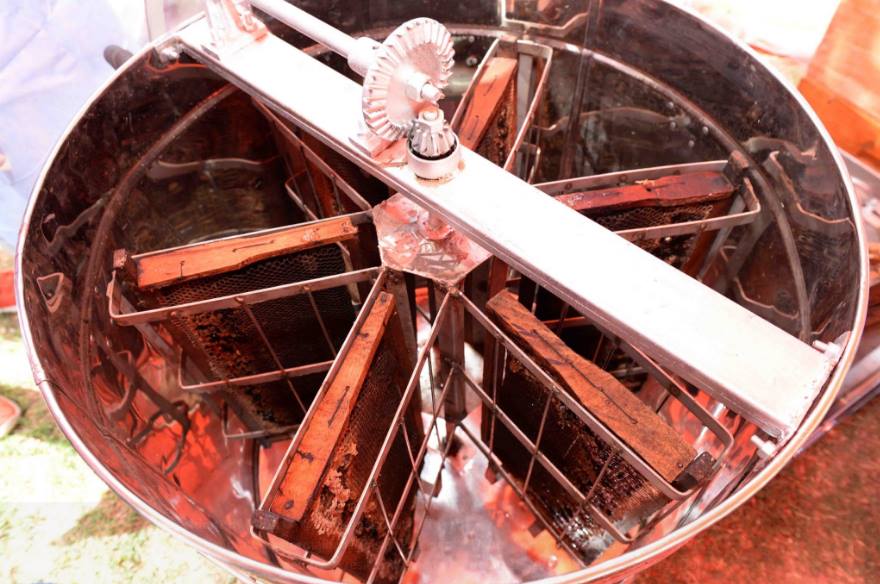 India’s KVIC also created a new world record of distributing maximum number of bee-boxes in a single day – beating previous best of 841 in Israel around two years ago. May 21 is celebrated as World Honey Bee Day.

Responding to Prime Minister Narendra Modi’s call for ‘Sweet Revolution’, the KVIC came in an action mode with its enthusiastic ‘Honey Mission’ with a target of distributing 1.3 lakh bee-boxes across the nation before November 2018 – right from Narmada valley of Gujarat to Kaziranga Forest in Assam, and from hilly areas of Jammu and Kashmir to dense forests of Mysuru.