On the festive occasion of Baisakhi, the Afghan Hindu community also had another reason to rejoice; they now have their own Temple, the first of its kind in Maryland, United States.

For the total 300 Afghan Hindus and Sikhs, this was a reason to rejoice.

The Temple name is AsaMai Hindu Temple and its opening ceremony was graced by Afghanistan’s Ambassador to the United States, Hamdullah Mohib.

“It was my honor to participate in the inauguration of the Asamai Afghan Hindu Temple in Maryland & in celebration of Baisakhi. Hindus are a minority in Afghanistan but they are proud Afghans—a patriotic community that is an active part of the diaspora in the US.”

Many Afghan Hindus have been forced out of their country due to terrorist activities for which the blame has always been on Pakistan.

Take a look at the pictures: 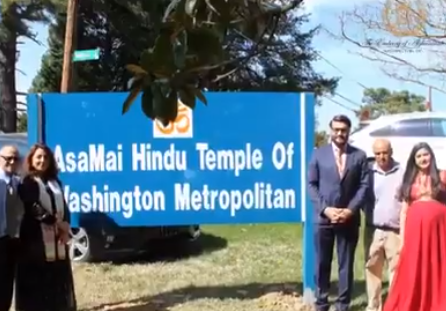 Afghan Hindus and Sikhs are a minority in Afghanistan. Recently, Sikhs have requested all parties to sit down and work towards ensuring peace during Baisakhi earning praise from all parties.