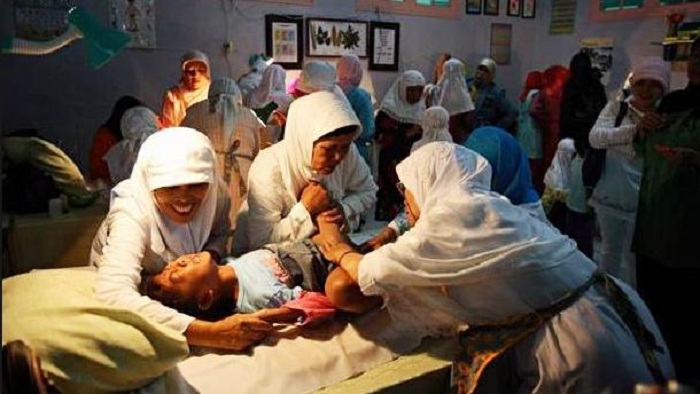 A Muslim boy whose age and identity has not been disclosed by the Indonesia media was undergoing circumcision or sunat in which his penis glans were chopped by the handler. Indonesia is Muslim-majority and Sunat is considered a major part of Islam.

The handler who is known as the mantri in Indonesia was called to perform Sunat or circumcision at the boy’s home in Pekalongan Regency, Central Java but led to the accident. The boy was left in shrieks and agony and was rushed to the hospital amidst blood loss. However, the doctors were unable to sew the part back.

Many newspapers carried the news and an investigation has been launched for negligence. Many poor Muslim families often turn to local mantris to do the sunat procedure as a proper medical one takes a toll on their savings.