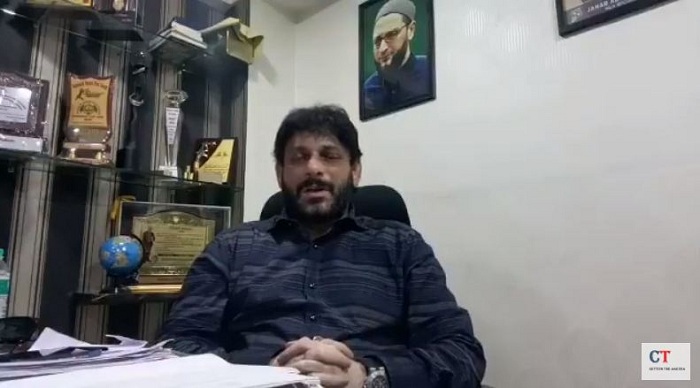 Waris Pathan, who is an MLA from the All India Majlis-e-Ittehadul Muslimeen (AIMIM), was at the receiving end from the Muslim community after he was shown showing respect to Lord Ganesha in Byculla.

A video had shown Waris Pathan chanting “Ganpati Bappa Morya!” after which he was severely criticized by the minority community.

The video showed him stating that Ganapati will remove all problem and all the hurdles from the lives of people.

Waris Pathan was also shown stating in the video that he too had prayed to the Ganapati Bappa to grant happiness, prosperity, and success to everyone. He ended his message with the chant of Ganpati Bappa Morya.

Muslim leader: In your religion, one woman has 5 husbands

However, due to the severe rebuke of chanting a Hindu God’s name and showing veneration, the AIMIM Party Official Social Media Administrator posted his apology to placate the supporters.

In this apology video, Waris Pathan, who had earlier refused to sing Vande Mataram, said:

” A few days back I had said certain things for which I apologize to Allah. Yes I had made a mistake. I am also a human and I made a mistake. I assure you that this mistake will not be repeated. It is my appeal to every single one of you to forgive me and pray for me. May Allah help my faith become stronger and grant me the strength to walk on the right path.”