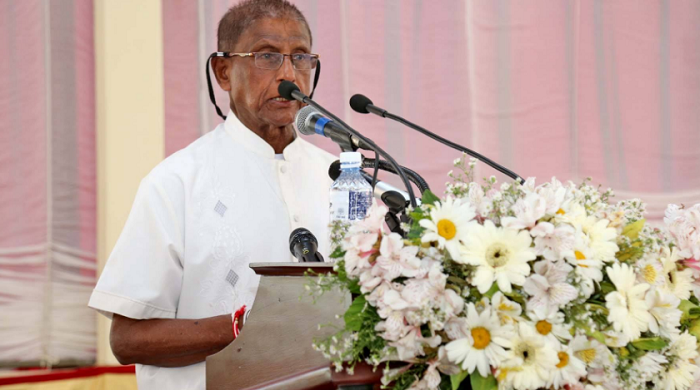 It may come as a rude shock to Indians that now, even a senior raking minister from Sri Lanka, that too a Buddhist, has been denied entry into Hindu the 11th Century Lingaraja (Shiva) Hindu Temple in Bhubaneswar. The Sri Lankan Minister of Buddhist Affairs, Gamini Jayawickrama Perera, was denied the entry and he told Press, in Colombo on Sunday, that the Temple authorities barred him as he is a Buddhist and not a Hindu by faith. The incident reportedly occurred on March 16 while he was enjoying a tour organized by the Kalinga International Foundation.

The Citizen quoted the Perera as saying:

“I wanted to visit the place as a devout Buddhist because the place is also historically important to Buddhists. The Temple is linked to the time of King Ashoka, the great Indian emperor who spread the Dhamma around the world. Arahant Mahinda, who is depicted in Buddhist sources as being responsible for bringing Buddhism to Sri Lanka was also from Odisha. Therefore, the Temple is historically important to Buddhists. I was surprised by the incident as hundreds of Lankan devotees including Buddhists visit Hindu Temples in Tirupati and Kerala. The Sri Lanka High Commissioner to India was also in the delegation that visited the Temple.”

The Sri Lankan Minister of Buddhist Affairs then took up the issue with Chairman of the Kalinga International Foundation, Lalit Mansingh, who is also a former Foreign Secretary of India and he apologized for this incident.

Hindu Forum Sweden President Chitra Paul, expressed her sorrow over the incident and said that the Temples are for every devotee and that no one should bar them from entering the Temple.

Is it really about non-Hindus?

Many Indian Hindu Temples impose severe restrictions on foreign Hindus as well. Many White Hindus have been denied entry in Temples such as the Jagannath Puri in Orissa or in Kashi Vishwanath Temple in Uttar Pradesh.

But then, when Hinduism has drawn massive numbers from across the world, how rational could these rules be? From Ghana to Ireland, now the Hindus are everywhere.

We also need to understand the context of these restrictions. Many of these ancient Hindu Temples used to draw foreign invaders who used to get attracted by the massive wealth that these Temples possessed. To keep the Temples safe, these rules came into place during those turbulent times of invasions and thuggery, but now, since the threat has passed, it is time that the Temple authorities go for an upgrade as far as the rules go.