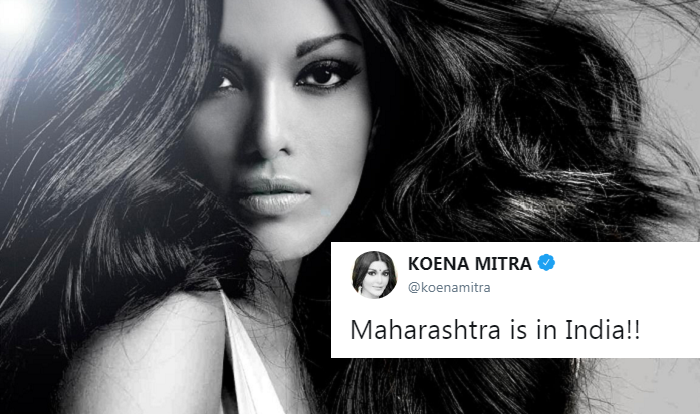 Koena Mitra is no fan of settling down Rohingyas in India.

“Rohingyas are being thrown out of Myanmar and Srilanka bcos of their terrorist activities, but CM is giving them land, helping them to settle down in #WestBengal posing danger to national security.”

Goons from the minority community pulled Hindus out and injured them, says BJP leader

She also added that West Bengal is suffering for many years in response to a tweet.

Koena Mitra’s stance on Rohingyas however, earned her much ire with people even saying that since her career is not working, hence, she is talking about Rohingyas to get herself some fame. She replied saying:

“My career has no connection with me being a Nationalist. There are 1000s of ways to get fame, 2mins would be enough.”

Shabana Azmi, the veteran Bollywood actor jumped in the debate of Rohingyas and tried to silence Koena Mitra by saying that “UN describes the military offensive in Rakhine leading to the exodus of over half a million Rohingya as a textbook example of ethnic cleansing.Terrorists all? Look again and think.”

Koena refused to cow down to Shabana and said:

Hi Shabana ji, no one thinks about India’s crisis, that’s the problem. WB and many other states are suffering, our own is suffering, we must think of our safety first. Durga puja visarjan was stopped, today Ramnavami puja is being stopped. Why do we have to settle outsiders in our country is the question. We both live in Maharashtra and it’s difficult to understand their crisis, I get to know more than media cos my close ones live in wb.
Outsiders actions are not peaceful at all!

Why Myanmar Hindus say that don’t call us ‘Rohingya’ Hindus

To bring home her point Shabana showed pictures of desperate Rohingyas and ask Koena that whether “these old women and children look like terrorists to you ?”

But Koena shut up Azmi saying that “all terrorists have parents, they must be old and am sure they are good humans. Everyone isn’t bad, but when our country is suffering because of outsiders and invaders we should stand together and boycott them, simple. For me, it’s Andha Kanoon ~ My own first!”

All terrorists have parents, they must be old and am sure they are good humans. Everyone isn't bad, but when our country is suffering because of outsiders and invaders we should stand together and boycott them, simple. For me it's Andha Kanoon ~ My own first! https://t.co/6najBq18hU

After which Shabana Azmi did not try to reason with her.

Taslima Nasreen speaks up on Rohingyas