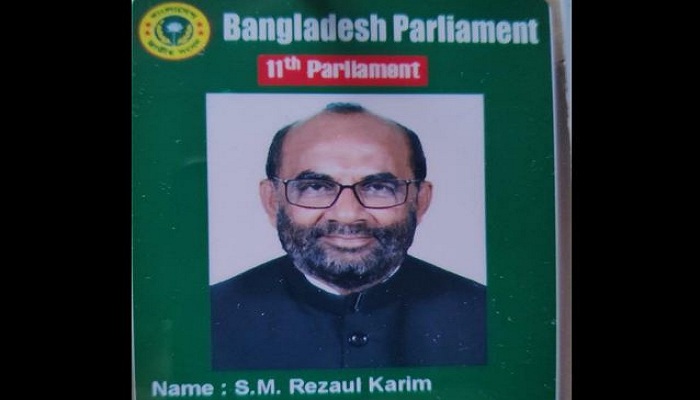 SM Rezaul Karim is the Minister of Housing and Public Works in the Sheikh Hasina government.

The Supreme Court lawyer SM Rezaul Karim recently made outrageous remarks against Ram Rajya when he equated ‘mischief’ and ‘abuse of power’ done by some Bangladesh nationals and Ministers to the happenings in the ‘Ram Rajya.’ The Minister while highlighting the achievement of his government said that no one can grab properties or lands anymore by false court order as happened during the times of Lord Ram’s Rajya.

Lord Ram is a Hindu God and widely worshipped in Bangladesh by the Hindus. Ram Rajya is a Hindu word to signify the ideals of ruling a kingdom as set by the high standards of Lord Ram when he ruled Ayodhya, and naturally, Hindus are aggrieved with this blatant abuse.

This report has been carried by www.bd-pratidin.com as well.

This is the second time that www.currentriggers.com has reported the abusive streak of Bangladeshi Ministers. From being termed Maluyaner Bachyara, to Karim’s statement.

Due to religious persecution and abuses ranging from rapes to murders, land grabbing and even forced conversions, Hindus have been forced to flee Bangladesh and take refuge in India. Taking in view the human rights crisis, the Indian government led by Narendra Modi is banking on the Citizenship Bill and is unwilling to shelve it despite the apathy shown or the protests done by certain groups.

Hindu Forum Sweden’s President and a Human Rights worker, Chitra Paul, condemned the Minister for abusing the Hindu sentiments and said that it is shameful as it highlights the prejudices and hatred that the educated class of Bangladesh displays towards peaceful religious groups like the Hindus. She also said that Lord Ram is worshiped by all of Bangladesh’s Hindus and sly abuses at him will further alienate the Hindus from the country.

Bangladesh: Hindus mourn the murder of the Bull of a Hindu Temple (Pics)