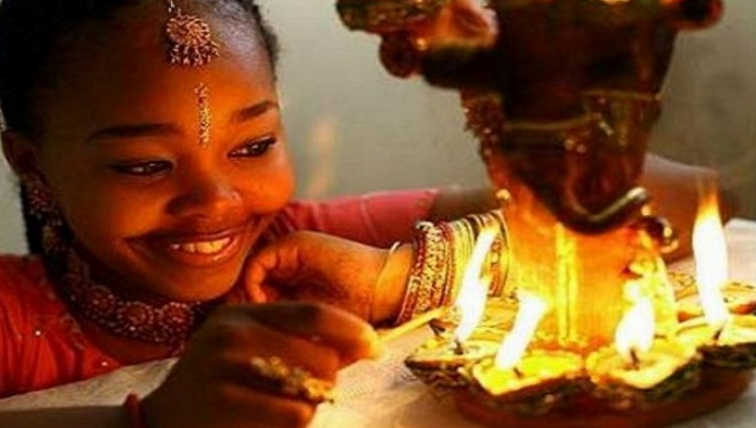 South African Hindu community has been battling abusive slurs and slights over Hinduism for a long time.

To fight this, they are taking to legal recourse and it is yielding some results.

Recently a man named Daniel Naicker posted degrading statement on Shivalingum, saying that the Shivalingum is a ‘Holy Word…. It Means F****.’
Following the uproar from the Hindus, Daniel first tried to adopt an inflexible attitude and refused to tender an apology.

But after the Human Rights Commission of South Africa got involved, he finally apologised on 30th January 2019 stating:

I, Daniel Naicker, through the South African Hindu Dharma Sabha, do hereby apologise to the Hindu community of South Africa, for the hurtful posts regarding the Shivalingum. I further undertake not to demean Hindu religion in any way in the future and sincerely apologize for actions. I hope the South African Dharma Sabha will accept my apology.

The South African Hindu Dharma Sabha accepted this apology and ended the matter there.

But then another South African user degraded the Hindu Goddess:

The South African Hindus have been at the receiving end for a long time. Degrading Hinduism through social media is on the rise.  Let me give you a few examples; in 2015, a page allegedly run by an account name ‘Hasnain Alam’ photoshopped the images of Hindu Gods on scantily clad women. Later the page shut down but it remains unclear whether the user shut it down on his own or whether it was Facebook that pulled down that page. Interestingly, South Africa remains a sensitive country due to historical injustices and the racial prejudices it has faced. But when it comes to showing sensitivity towards the minority Indians, all seem to look the other way.

While many will defend all these postings claiming that the users were merely exercising their freedom of speech, allow me to take you back to 2014 when an ‘alleged’ law student named Skhanyiso Edgar Khanyile posted hate comments directed at the Hindu women. He mocked the women for wearing ‘bindi‘ the red sindoor on the forehead while saying that ‘kill the Indian, the Charaou.’

The ‘student’ went on to state that the Indians must go back to India and worship cows there. Go back to your ‘fu**** up country’, he had told his friends in a reply to a comment that lambasted him for hate speech.

Here is a broader sample of his hate speech:

‘Indians should go back to India which is in Asia not in Africa. And take your disabled Gods back with you, to India. Who in their right mind would worship a disabled creature? Indians don’t know sh*t.’

‘If you disagree with me look at India, Pakistan, and Sri Lanka, etc. Overpopulated. These things ride and worship cows. They look like they are covered in s**t. Their men have small p*nises. They put red dots on their foreheads indicating they’re on standby mode.’

However, a spokesperson from the UniSA stated that there was no person by this name in any course.

It is no more just the disdain for the ‘Asian’ race of the Indian-origin South Africans, but Hinduism almost always gets dragged in just about any type of dispute.

The all-pervasive abuse against the Hindu community can be best understood by the controversy that a hip-hop group AmaCde created. AmaCde’s song Umhlab Uzobuya has lyrics:

“For sure, wherever you are asking yourself what we can do with Indians, they are staring Africa in the eye, brutally rubbing salt in the sore.

Africans what have we done? You Indians what do you want in this country?

Black people let us stare them in the eyes and tell them to go back and cross the ocean. If they refuse, it is time for action.”

When the Indians protested the band said that there were indeed Indians who ‘abused, exploited and mistreated Africans. If they feel guilt as a collective, there is nothing much that we can do about it.’

Considering that these slights can turn extremely dangerous in a jiffy especially due to all-pervasive propaganda, it made sense for the Hindu community to take on these cases with a sense of alarm.