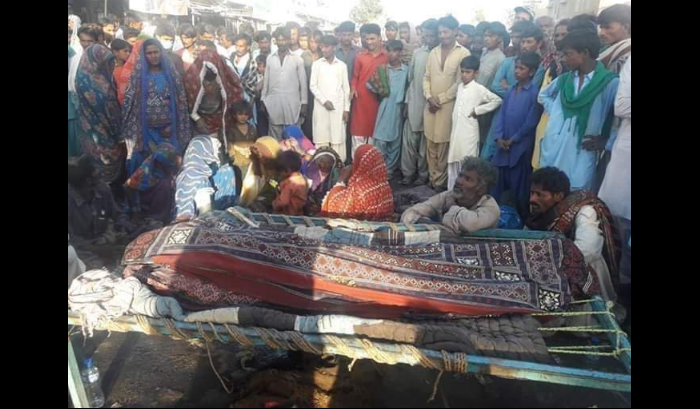 Four days after Ghansham Bheel was brutally murdered by ax-wielding assailants led by Chaudhary Yaseen Jatt and two others, police finally came to senses and some movement on the case is finally happening.

Mirpurkhas DIG and Umerkot SSP are now trying to persuade the Pakistani Hindus of the Bheel community to stop their agitation.

The Hindu community in Sindh led by the Bheels was protesting with the dead body of Ghansham Bheel, 27, who was murdered in his home after Yaseen, an influential man and who enjoys support from ruling the Pakistan Peoples Party’s leader Taimor Talpur, forced his way inside.

Pakistani Hindus are also aggrieved at the lack of media interest in the case on an atrocity back home and are refusing to bury Ghansham who worked as a labourer.

Recently, another Hindu man was shot dead during Indo-Pak tensions while a Minister was forced to resign due to Hinduphobic statements.

Interestingly, most Pakistani minority leaders who get ‘selected’ to the minority leaders by their parties have refrained from passing any comments while many human rights activists have chosen to ignore the case.

Due to rising persecution in Pakistan, Pakistani Hindus have been forced to leave their country and migrate to India.